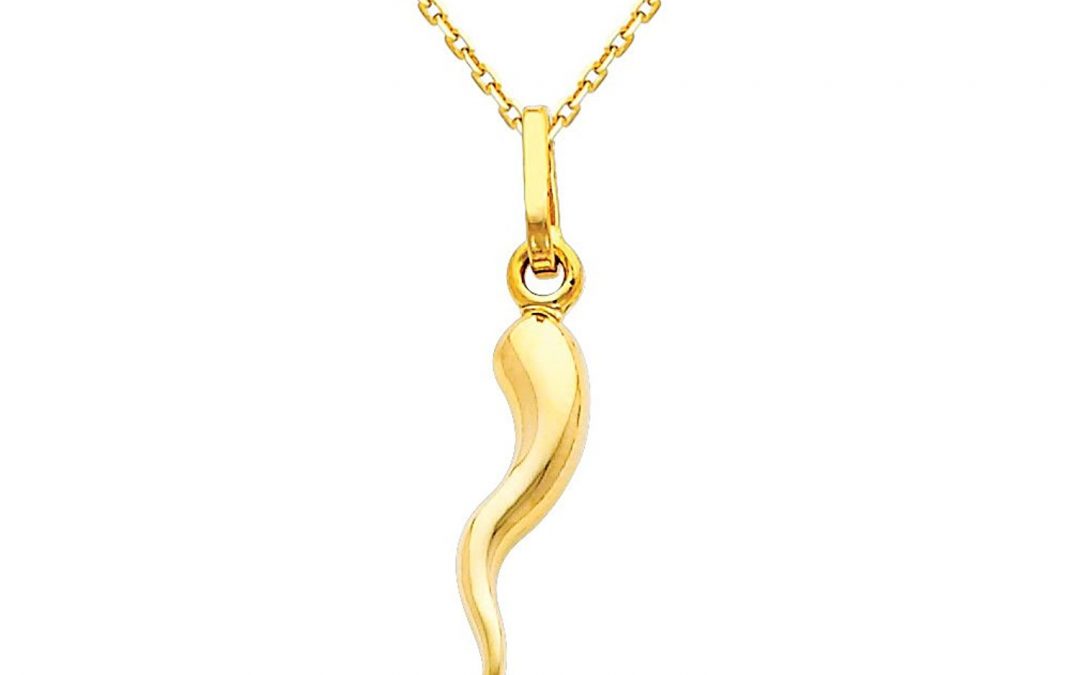 This Italian horn necklace is like a  make a wish charm. Every necklace has their own distinct personality with a deep meaning message to match. Let this Italian icon, the cornetto or “little horn” be your lucky charm. People like to wear and share this as a reminder to live with confidence, courage, belief, and gusto.

Cornicello for some Italian is very important and treasured object. To the one who moves to the united states a long time ago, they also brought that cornicello with them. Corno or cornuto is the other name of Cornicello.This necklace is to protect the wearer from the bad evil eye and guard them against the bad spirits and thoughts.

This belongs to a greater tradition of Italian superstition and to some is their culture. People took it to everywhere and wearing that necklace as often as they can remember. Though it isn’t a family heirloom in itself, it holds the same significance to reminds them of their Italian family and heritage. The second and third generation Italian American, this cornicello still consider an important part of their life.It is objected to remember where their family has come from as they move towards to their own future. 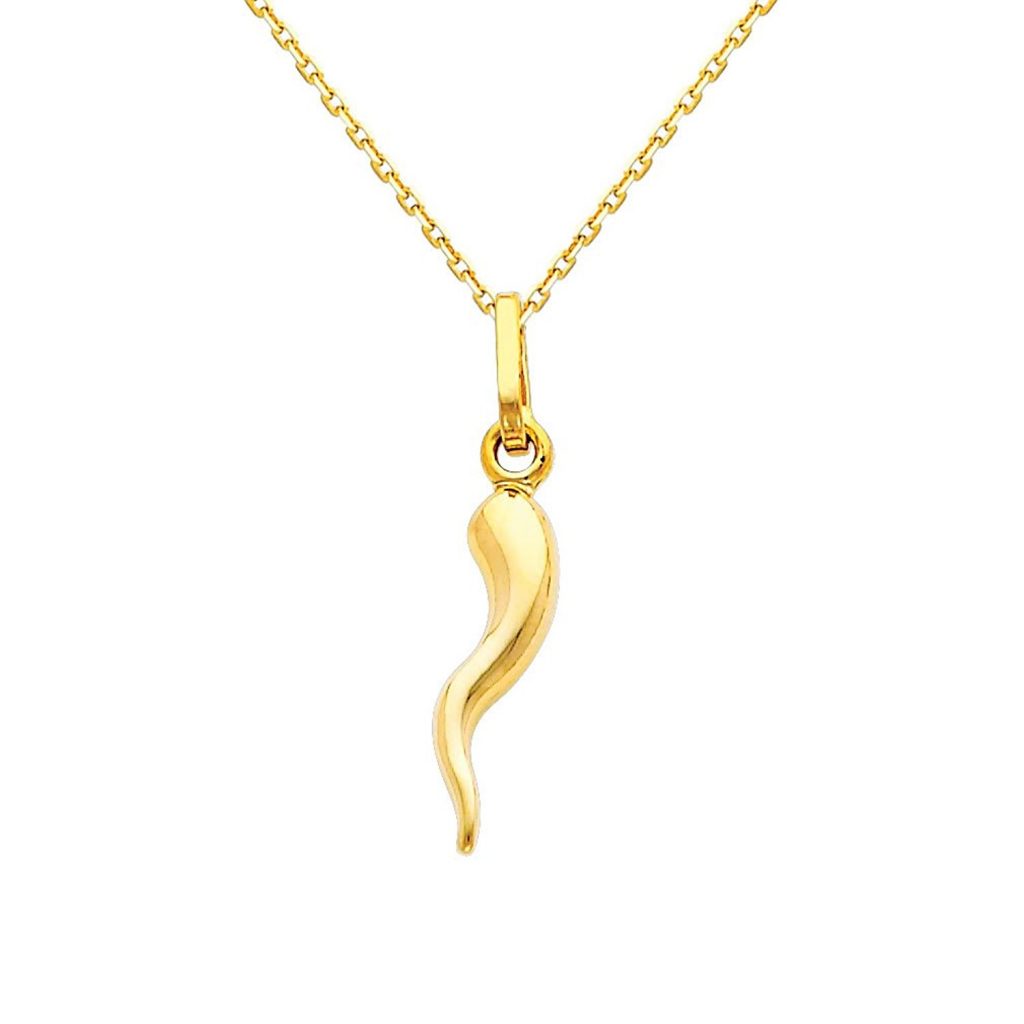 Italian horn necklace and the superstition

The first use of the Latin superstition is found in the writing of the historians Livy and Ovid (1st century BC). At that time the term “superstition” was used in Italy mostly in the negative sense of an excessive fear of the gods or unreasonable religious belief as opposed to the proper reasonable awe to the god.

This term superstition or superstitious vana (vain superstition) was used by Tacitus and Domitian ( 80 AD) to those religious cults (druids, early Christianity) in the Roman Empire that were officially outlawed at that time. In the history, Italian culture has been known with a lot of superstitions for good or evil that continue to form to a lot of rules of their life. Nowadays, a tourist might be surprised at which superstitions are taken quite seriously and which are taken with a grain of salt. 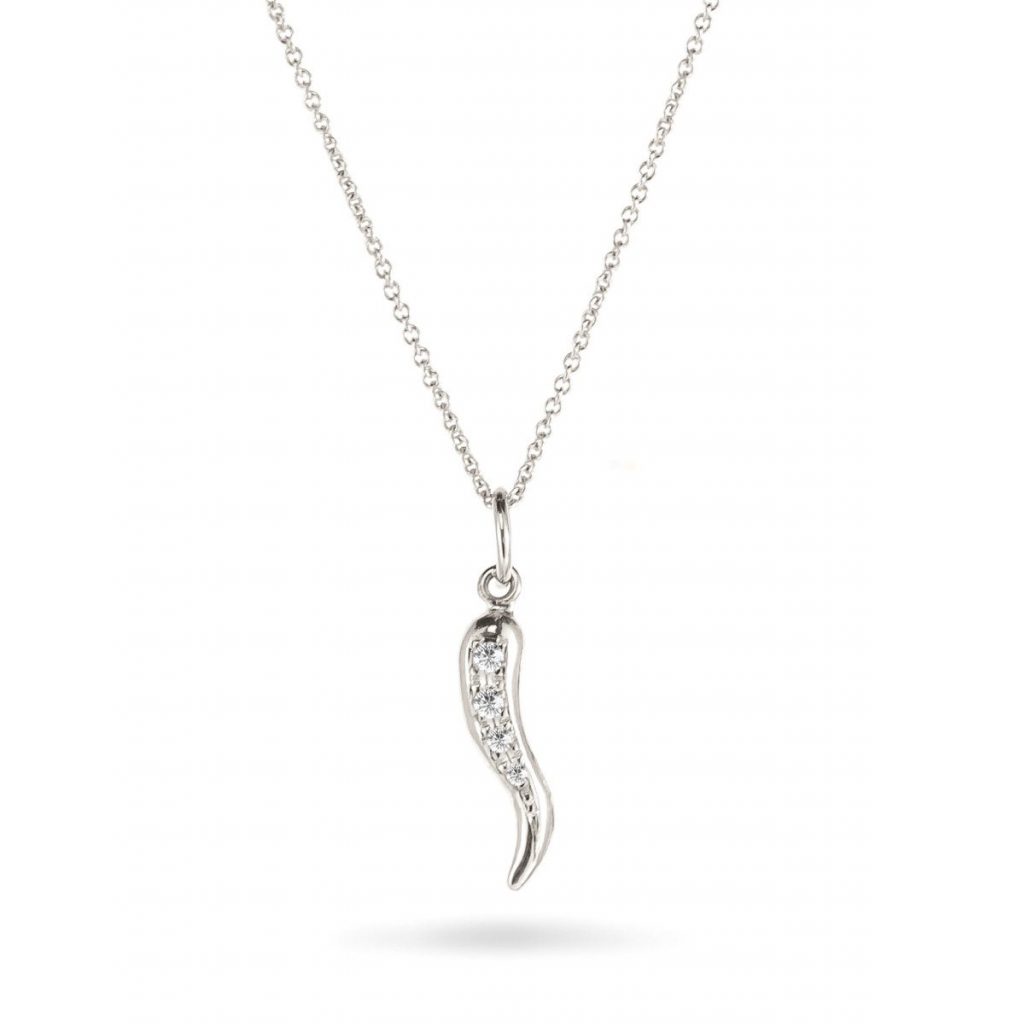 Italian horn necklace to protect from the Malocchio

The way to test the Malocchio is by dropping olive oil in a plate of water. If the oil forms one large drop in the middle of the plate means it’s the sign of the Evil Eye.  They need to do the prayers that usually only women are allowed to know. After that, the oil might break up into small droplets and spread out and break the curse of those Evil Eye. The cornicello is used to ward off from the malocchio or evil eye. This famous Italian horn necklace normally made out of silver or gold.