What is Greenpeace Detox catwalk Campaign?

Have you ever heard of Greenpeace detox catwalk campaign? This is a campaign that aims to make big fashion brands eliminate hazardous chemicals by offering membership contracts to fulfill their commitments. Greenpeace evaluates brands from their perspective with the deadline until 2020. That year is the limit for removing hazardous chemicals and Greenpeace monitors and provides feedback based on 3 criteria.

The criteria for Greenpeace Detox catwalk Campaign are:

This campaign has received global Detox commitments from 80 international brands, retailers and suppliers and has a political impact. This campaign succeeded in triggering policy changes in Europe and Asia. Fashion brands can play an important role in transforming this sector because of the influence they have on suppliers and the coming up trends. Among the brands that participated were C & A, Levi Strauss, Puma, Nike, Adidas, Burberry, G-Star, Mango, Benetton, H & M, Zara (Inditex), Primark, Valentino, Esprit, Limited brands and many more other well-known brands.

Since the beginning of the campaign, style lovers and fashion companies have also participated in taking part in caring for environmental and social justice, using whatever tools they use to fight for the better future, from catwalk production to their YouTube channels.

Greenpeace investigators investigated the effluent content of two large textile suppliers in China. The factories there turned out to release various kinds of dangerous chemicals. These chemicals include perfluorinated (PFC) and alkylphenol. These chemicals are prohibited to be used in textile manufacturing in Europe because it would be dangerous if it flows into local rivers so that the detoxification of the fashion industry becomes the focus of Greenpeace.

This discovery that made Greenpeace seven years ago, in July 2011, began launching a global Detox campaign. The aim is to overcome the widespread use of toxic chemicals in clothing manufacturing and the textile sector. The campaign urged clothing brands and retailers to gradually remove hazardous materials to achieve zero toxic chemical disposal in 2020 aka the “Detox 2020 plan”.

“None of these developments will occur without the involvement of Detox supporters and activists from around the world through creative protest, petition, and advocacy,” the Greenpeace report said. The Greenpeace organization acknowledges that “people’s power” is what helps solve this problem extensively. Greenpeace through Greenpeace Detox-catwalk Campaign has helped reduce the environmental damage on this planet. 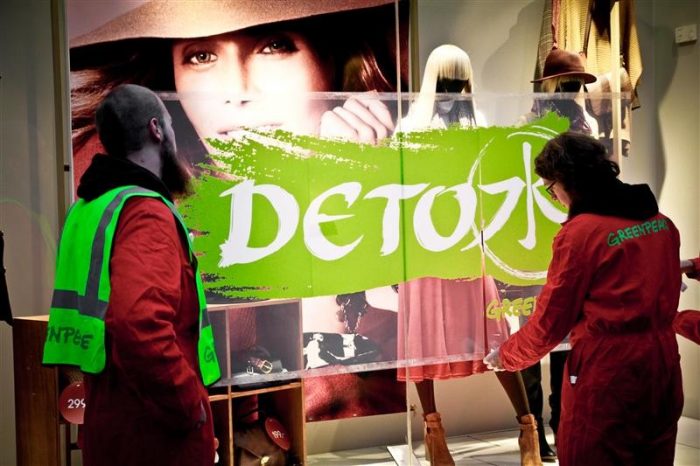 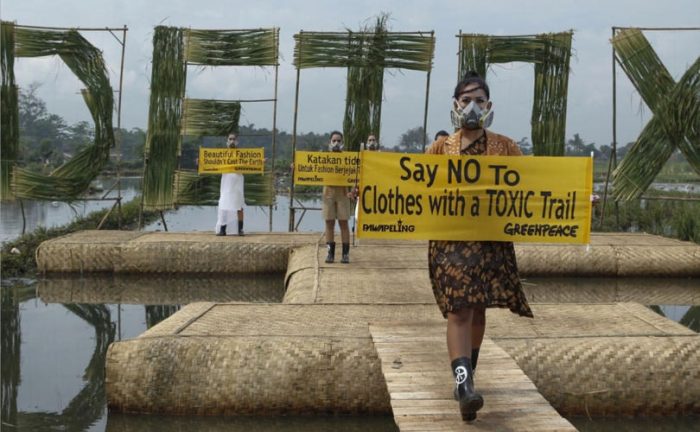